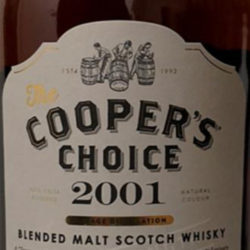 Use the coupon DRAME68

The Dram Association must have been good this year – because, on Christmas Eve, these beauties were delivered to the store. Thanks Santa! I’m really excited about this one, and it’s an amazing whisky to finish off the decade with.

So, first off, you may notice that the distillery is listed as “Secret Speyside”. If it’s a blended malt then why have we even listed that it’s a secret distillery rather than just say it’s a blend from several distilleries? The answer to this question is both simple and complicated – it’s a teaspoon malt!

A teaspoon malt is a simple solution to a common problem for independent bottlers. It’s also something that we Brits would call “cheeky”. Sometimes, when an independent bottler buys a cask, they are made to sign a contract from the distillery that stops them from disclosing the distillery’s name and also forces them to release the whisky in a blend – not as a single cask or single malt. The reason that a distillery makes these stipulations is to make sure that the independent bottler isn’t in direct competition with their own whisky.

Most of the time, the botter has no problem agreeing to those terms. However, on occasion when they get a cask that is particularly fantastic, they bend the rules slightly. Their solution is beautifully simple. Add a teaspoon of whisky from another distillery so that it’s technically a blend and then strongly hint at where it’s from with a code name.

So, where is this from? Well, I’m not really allowed to say – especially as I’m on good terms with this distillery’s owner and I want it to stay that way. However, there are some clues on the bottle. First off, it’s a Speyside distillery. I know that doesn’t narrow it down a lot, but there are actually not that many Speyside distilleries that are this protective of their name. Secondly, it’s an oloroso cask – so that helps us have a pretty small shortlist. Also, I would say it’s quite telling that Cooper’s Choice decided specifically to use their “Family Silver” branding for this bottle.

So we have an oloroso cask Speyside malt which is uncoloured and cask strength, from a distillery who is protective of their name and wants the casks that they sell to only be used in blends (potentially because they have their own official line of single cask releases). And it has something to do with the word “family” or “silver”. You getting it yet?

If you’re following the clues then you’ll know why I’m so excited to showcase this as the final whisky of the decade. Especially at $199.90 a bottle. If the distillery had released this themselves, it would be at least twice that price!

Firstly, we don’t often mention appearance in these notes, but hot damn that’s an attractive looking whisky! If this ain’t a 5/5 I don’t know what is.

The nose surprised us with the very specific note of those classic cola bottle gummies. The candy train kept rolling with rum and raisin fudge, apricot jelly beans and sultanas soaked in brandy.

On the palate, we were treated to a velvety oloroso forward experience that featured buttercream icing, Madeira cake and mince pies. Hark, the herald angels sing!

Check out these past reviews and notes from our archives. 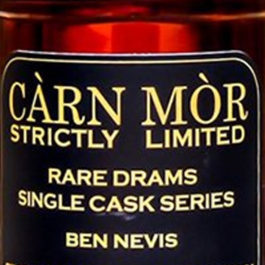 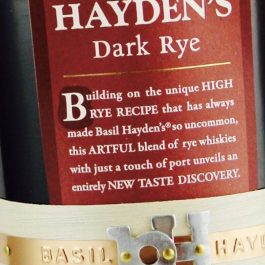 “Fruit Of The Barley” 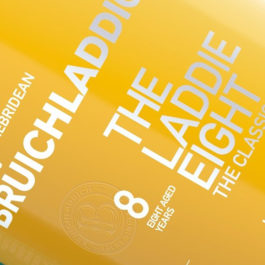 “Lemon Sorbet On An Oaken Spoon”

“We Bring The Funk”