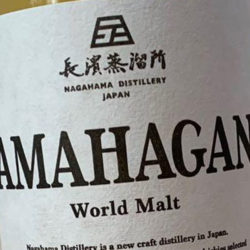 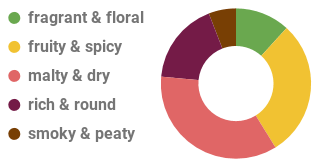 Well, as you all know – Japanese whisky is on the rise. It’s on the rise in popularity, scarcity, price, and thankfully – also now variety. A great many small distilleries are popping up in Japan, and it’s with great pleasure that we introduce to you today the smallest of all of them – Nagahama.

Rich in history, Nagahama is home to Nagahama Castle, built by the legendary Toyotomi Hideyoshi – the great samurai feudal lord, and successor to the most famous samurai Oda Nobunaga. This idyllic small city on the sides of Japan’s biggest freshwater lake is a popular tourist attraction known for its incredible temples, festivals and more recently cuisine. It was that boom in gastro-tourism (alongside new relaxed rules) that lead to the pre-curser to Nagahama Distillery – Nagahama Brewery which was established in 1996. The beers were (and still are) much more western in style, full of flavour – especially their flagship IPA made with citra hops. These beers are known as Nagahama Roman Beer – with the emphasis apparently on the second syllable of Roman as if you were saying the word romantic but stopped halfway through.

Takashi Kiyoi, who joined the company in 1998 and was a key player in their success, was the mastermind behind their jump to distilling. Much like Masataka Taketsuru did almost a century before, he went to Scotland for inspiration and experience. However, unlike Taketsuru-san who fell in love with the mass scale distillation found in Glasgow and at Longmorn, Kiyoi-san found his muse in a somewhat less likely place – Eden Mill and Strathearn. Both of these award-winning Scotch distilleries are tiny in comparison to their more established neighbours.

Eden Mill (which we had earlier this year in the SMWS), also started life making beer and was the first-ever combined brewery-distillery in Scotland. You can see where the influence came from there! Strathearn was influential with just how much you can do with a small distillery – at the time it was Scotland’s smallest. Both distilleries also used a type of still not commonly used in Scotland, an Alembic still. This small copper still is one of the oldest styles with records going back as far as the 1500’s in the Mediterranean regions, and are more commonly seen making pisco or calvados. Just as Taketsuru-san copied Longmorn, Kiyoi-san copied the still design from Strathearn.

So, with this new inspiration, Kiyoi-san set up a distillery in record time back in 2016. In fact, they announced the project only a week before the first run of the still! With their brewing equipment already in place, all they really needed was a still – and that was ordered from Hoga Stills in Portugal – the world’s most renowned manufacturer of the Alembic style. The stillhouse, Japan’s smallest, is only 26 square meters. It’s on full display to patrons of the onsite restaurant – behind a glass wall. They use mineral-rich glacier water from Mt Ibuki, and curiously it imports malted barley from England!

So, if the malt has only been distilled there since 2016 – their first release is probably not very good, right? Well, yes and no. They are well aware that their spirit needs time to mature – but they also want to use that time constructively. Now, the biggest reason that Japanese whisky is so lauded is not their distillation techniques so much as their blending techniques. Why not use that time to hone that time-honoured skill? That’s exactly what Nagahama is doing with this inaugural series of malts. They have bought casks of aged single malt whisky from all over the world (reportedly, but not confirmed, India, Scotland, USA and Australia) and have applied Japanese blending techniques to create a truly unique “Wold Malt”.

This, however, is not technically a whisky – in an effort to prepare himself for blending his own whisky in a few years, Kiyoi-san has introduced a small amount of their own new make spirit into the blend. The name? Amahagan is simply Nagahama backwards. They do not hide the fact that this is not just their own spirit – in fact, they state it proudly on the label. “The harmony of Nagahama Distillery and world selected malt whiskies”. This whisky is 100% malt, but due to the unaged component, is not technically a whisky. Is it good? Well, let’s find out…

The nose was stunningly inviting right off of the bat. Golden raisins, stewed prunes, candied apples, bananas, rhubarb, and peaches were all present, engulfed in a sweet creaminess which I could only describe as “cup-cake batter”.

It seems odd when talking about the palate to start with the finish – but I feel one should be prepared for how long this lasts. This whisky is a journey that needs time committed to it in order to fully appreciate it. One should not take rapid-fire sips of this dram, but rather hold it in your mouth and mind for a good couple of minutes. As long as the finish is, the flavour is just as complex. Many of the aforementioned fruits were present on the palate too, but joining them now is apricot and orange. Beneath the fruit however, another layer is revealed – a layer of rich dark chocolate, brioche buns, nutmeg and malt.

The concept of this whisky is unique and interesting, and it would have been all too easy to just throw together any old whisky and let the marketing team sell it. This is 100% not the case here. You can tell that this whisky has been loveling crafted by someone who truly understands flavour. This is the first attempt from new Japanese whisky blender Takashi Kiyoi, and I think it is an incredible debut. Will it be a one-hit-wonder, or will he join the ranks of Japan’s master blender? Only time will tell, but I know which one I’d bet on. As the label says, “Perfecting this blending technique is our new challenge”, and I think Kiyoi-san will rise to that challenge. Highly recommended.

Check out these past reviews and notes from our archives. 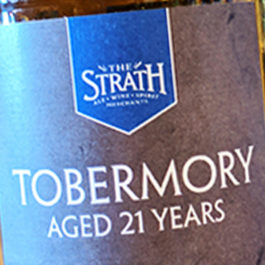 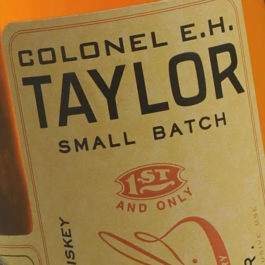 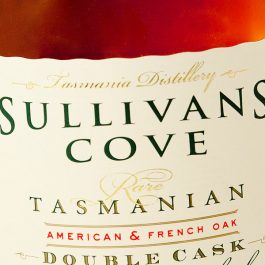 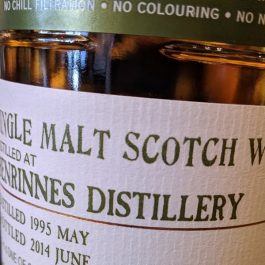